Swami Sivananda was a great master, a genius. He had ingenious ways to help his disciples remain the right path & progress spiritually. He had ingenious ways of accommodating & guiding all people who stayed with him or met him casually. Here is a story of one such episode Sri Swami Satyananda had with Bhagavan Sivanandaji Maharaj.

When Satyananda Yoga Centre, celebrates Sivananda Janmotsava it is
this spirit of yoga of the great master that we will log on to. You too are welcomeEGODECTOMY
SRI SWAMI SATYANANDA’S EXPERIENCE IN DLSWhen I started living ashram life, I realized how difficult karma yoga is. Selfless service is worse than a donkey’s work. It was very painful, it brought many samskaras out. All the good opinions that I had about myself were completely thwarted. I thought I was a good man, but I realized that I was a very angry man. I thought I was a pure man, but I realized I was a hopeless man. I thought I was a strong man and I realized I was weak. I thought that I was not greedy, because I was brought up in a good family that had plenty to eat, but I realized how greedy I was when I saw someone drinking tea that I did not get. These karmas and samskaras came out within the range of my awareness.I had many experiences with Swamiji on ego removal. I will give just one example. There was a servant boy in the ashram from Garhwal who was a very arrogant young man. The rule in the ashram was that every resident and guest had to take their plate to the Ganga to wash it. One day, an old swami put his plate down in the kitchen. I told him, “Just leave it, I will have it washed.” He was old and I knew it would be hard for him to go down to the Ganga.

The servant boy was washing other big utensils. He got angry, “No plate here. Throw it away.” He threw it away and I told him, “Get out, leave the ashram.” That’s my nature. I did not consider that he too was a human being, I just considered my own reaction. I was a strong man in the ashram and when I said ‘leave the ashram’, he had to leave the ashram; But somebody said to him, “Meet Bare Swamiji (Swami Sivananda) and request him to let you stay.”

So, in the evening when Swamiji came out, the boy touched his feet and said, “Swamiji I am going away.” Swamiji asked, “Why?” He said, “Swami Satyananda has ordered me to leave the ashram.” Swamiji did not call me to find out what had happened, he understood everything because Swamiji was a very shrewd man, very intelligent man. He instead took the boy to his personal kitchen and kept him there.

That felt like a big insult to me, a direct insult given to me by my guru. He was keeping this fellow for his personal service when I had chucked him out! And I had to go there every day and meet this fellow at the gate – Swamiji’s gate – it was so insulting. I became very disturbed. All the yoga that I had been talking about, that I go to the superconscious and the unconscious, etc., was destroyed. All the mental frames were in disarray, all the emotions were in confusion. All the philosophies I had been talking about, all the things I had maintained in my mind, were in confusion. I thought, ‘I’ll leave the ashram and go away.’

Look, just a little insult, and from the guru, and we want to leave the ashram and go away! If we cannot observe and understand even the insulting behaviour of our guru, then what are we there for? And why do we say he is our guru? We may as well tell him, “I am your worker, please behave better with me from today. Instead of money, you give me food. I would like to serve your institution, but I am not your disciple and you are not my guru.” On one hand we say, “You are my guru, you are my life, you are my prana, you are everything”, but once he gives an acid test, we fail. However, I didn’t remember all this, I made so many plans, I did not sleep the whole night. I was no less than joint secretary of the ashram, I had almost all the keys, the entire, cash, and I thought that his insult meant my death. 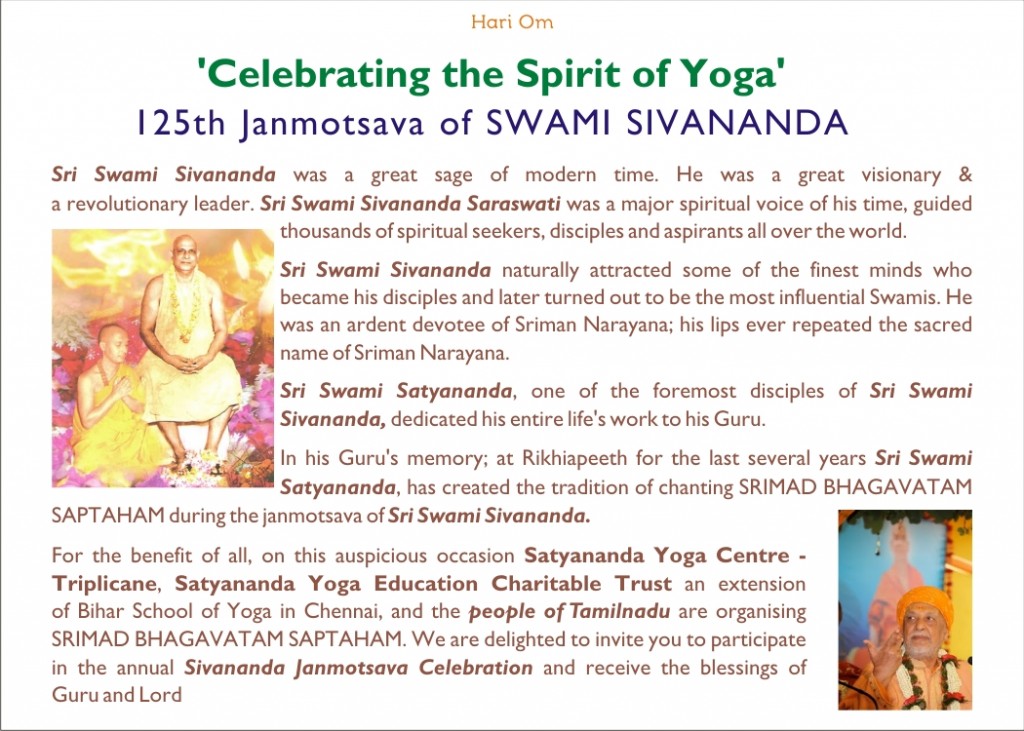 When I went towards Swamiji’s kutir, however, Swamiji was at the gate and not the servant. He opened the gate and said, “Namo Narayana.” I said, “Oh yes, you know what’s happening to my mind.” He took me inside and saw the papers, whatever I had to show. He did not say anything except, “You liked that I opened the door for you.” And I went into an ecstatic fit.