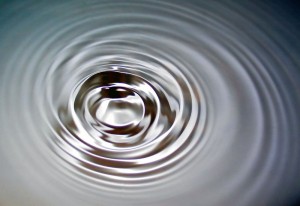 Mind is the  most powerful tool, which humans alone are able to know that they possess, and also direct for accomplishing desired goals. In spite of this unique position,  it is only humans who can become depressed with this mind and can go to the extent of committing suicide.

It appears as if the creator of humans is in guilt and remorse that such great power has been invested in such weak mediums. It is probably realizing this that the Yogic Rishi’s have developed the system of yoga with the help of which the human mind can be strengthened, refined and rendered fully useful – The way it is supposed to be!

There are several extraordinary capabilities hidden in our mind.  These are like precious jewels.  They can manifest only when the mind is in a state of harmony, only when the dross and dirt of mind have been totally resolved.

When the mind is not managed well, even normal functions relating to daily life and survival cannot express themselves properly. We see people staggering and struggling with decision making and communication and other regular activites.

The depth of knowledge that yoga provides about mind and its management has not been utilized to the advantage of humans so far.

This session provides the perspective of the yogic approach to first of all bring harmony in the mind and then awaken it too!